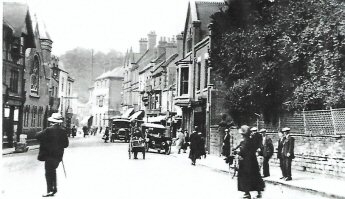 The present Wesley Methodist Church in Ellesmere Avenue, Alfreton, was opened in 1983 - but the town's Wesleyan tradition stretches back way into the 19th century.

The first Wesley Church in Alfreton, built in 1809, stood in Chapel Street - then Chapel Yard. Later the building had various uses, including a school, a Salvation Army Hall and a book-binding factory. After standing derelict for several years, it was finally demolished in 1973.

A second church opened in High Street, Alfreton in 1885 (pictured above - on the left hand side of the road, behind the man in the white hat) and stood on the site for nearly 100 years. Because of the need for major repairs and a desire to move closer to the community, it was decided to build a new church.

An old wooden schoolroom at the junction of Nottingham Road and Ellesmere Avenue was demolished and work began on building new premises. The High Street church was pulled down and the Yorkshire Bank built on the site. While the new church was being built, services were held in the Pensioners' Hall in Mansfield Road. 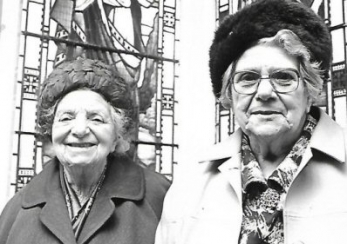 The present church in Ellesmere Avenue was opened in February 1983. The opening ceremony was carried out by the church's two oldest lady members, Mrs Maggie Aukland and Mrs Lily Warren (pictured left)

Official opening of the Church in February 1983: 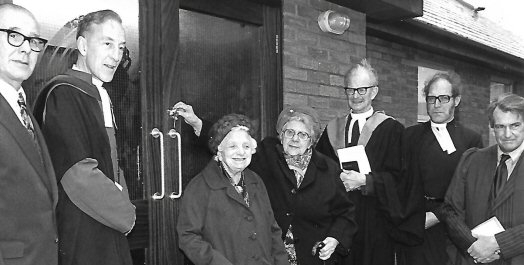 A year after a stone-laying ceremony was conducted by the oldest member Mr Albert Monk, assisted by Sunday school pupils Kimberley Neale and Iain Armstrong, pictured above.

During the demolition of the High Street church, a "time capsule" containing newspaper cuttings, coins and other memorabilia was discovered and this has now been sunk in the grounds of the new church. Pictured left with the time capsule are Mrs Maggie Aukland and Mr. Albert Monk